You are here: HomenextPlacesnextHistory of the Catholic Church in Kilkee.

History of the Catholic Church in Kilkee. 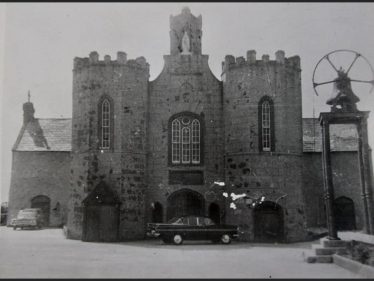 Kilkee began as a town in the early 1800s when it had two houses , Kilkee house to the west and Atlantic house to the east. The Studderts lived in Atlantic house and they began to develop what is now Kilkee. It  rapidly grew into a resort and became very popular. Kilferagh was the name of the parish in which Kilkee was situated. Before Kilkee became a small town the main centres of population were Kilferagh to the west ( where Kilferagh Graveyard is today ) and Lisdeen  to the east. Every Sunday Protestants  went west to Kilferagh Church while Catholics went east to Lisdeen Church from the new resort town. This continued until the building of the Catholic Saint Senan’s church in 1831 and the Protestant Saint James’s Church in 1841.

Father Comyn ,a native of Corbally, was the man behind the building of the Catholic Church.He got the funding organised over many years and got the local population behind him. The church was completed in 1831 and the Kilkee church resembled a typical cruciform barn Church , with the entrance between two octagonal castellated towers. The decoration of the inside took decades to complete. In 1851-1852 two side alters were added. Later a baptismal font and even a bell was added. It was however only in 1885 when seating was provided in the main aisle. It was at this time that it was decided that a new church should be built and many plans were shelved over the years. 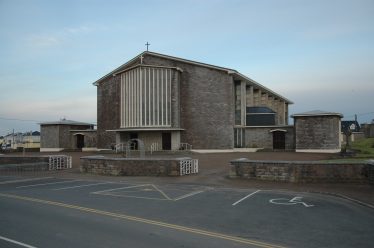 Church of the Immaculate Conception and Saint Senan,Kilkee.Photo Kilkee Parish.

Finally work began on the new church in the 1950s with the help of a Building Fund  which raised money by Whist , 45 drives and general fundraising. The new church dedicated to the Immaculate Conception and Saint Senan was officially  opened on Sunday 21st July 1963 by Bishop Joseph Rogers and it was not without its detractors who saw no need for such a new church and were sorry to see the beautiful old structure been destroyed.  It was built by a contractor from Killaloe called Thomas Hayes. It was designed by John Thompson of Limerick and was inspired by the Catholic Cathedral at Coventry. It seats 1,100 people comfortably with a full view of the altar. 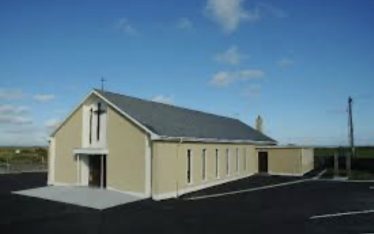 Shortly after the completion of the new church in 1963 the bodies of the seven priests including Father Comyn buried within the walls were removed and reburied nearby in a small graveyard. The graveyard was opposite the new church and beside where the old church stood. The old Comyn’s Church was then demolished.

zoom
Kilkee Catholic Church 1960
Kilkee History Group
zoom
Church of the Immaculate Conception and Saint Senan,Kilkee
Robert Brown
zoom
Kilkee R C Church Interior The following report appeared in the Kilrush & Kilkee Herald on 15thDecember 1898. “Mr. Thomas Nash of Albert Road, Kilkee, has been declared contractor for the seating of the Parish Church. The seating which are to be of pitch pine are of a very pretty and unique design.” The image below is a later picture after the seats were in situ. While its destruction in the 1960s was acceptable, nowadays it would be considered vandalism
John Williams