You are here: HomenextPlacesnextThe Streets of Kilkee

The Streets of Kilkee

What we now know as Kilkee started to take shape in the mid-1820s. By 1831, it is recorded that there were one hundred and fifty-three houses in the town. This reflected significant development as thirty years earlier there were only two, viz. Col. Mc Donnell’s on the Dunlickey Road and Studdert’s Atlantic House built in 1795 in the East End (see map below of c. 1800). 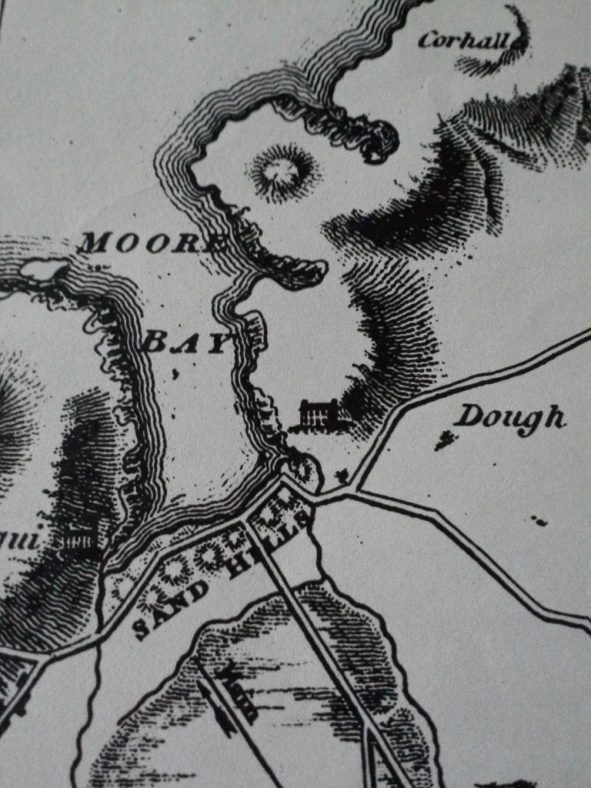 Throughout the 1800 and early 1900s, Kilkee (which was itself sub-divided between Kilkee Upper and Kilkee Lower) denoted the area of the town encompassing, in essence, the present-day West End as far as the Victoria bridge. The area to the east of that was known as Dough and is referred to in the 1911 census as such. Dough is the Irish word for sandhills, a topographical feature for which the area was known in the early 1800s and which were removed as the town began to develop in the 1830s. The first lodges or holiday homes were built on the Marine Parade in the mid-1820s. Building of the first boarding house/hotel started in 1818 on Francis Street, now Grattan Street. The proprietor was Catherine Fitzgerald. This was quickly followed by a second similar establishment owned by Mrs. Margaret Shannon who built next door before later moving to the West End, while across the street, the Coyngham Arms was opened shortly afterwards.

The first map of the burgeoning town of Kilkee/Dough which we have been able to source is dated 1840 by which time there were approximately 250 houses extant. This map which was commissioned by the Ordnance Survey Office, while naming a number of houses e.g. Sandpark Lodge, Atlantic Lodge and Deerpark Lodge, only otherwise identified Wellington Place. An 1842 map (see below) drawn up by Hugh Hogan combined with his eponymous directory provides a far more comprehensive naming of the streets, listing: Temperance Road, Erin St., Francis St., Miltown Road. Albert Road, Atlantic View, Strand View, Victoria Place, Marine Parade, York Terrace, Kean’s Row, Kean’s Place, Danesfort Place, Carrigaholt Road, Albert Place, Wellington Place, Merton Square and West End Terrace. At that time, the West End Terrace ended at the building which later became the Desmond Hotel and subsequently, Clár Ellagh. 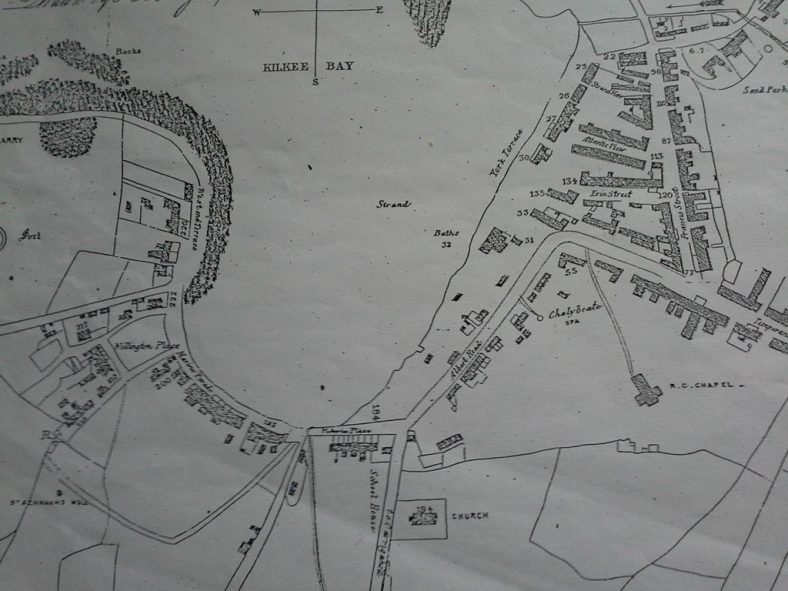 As can be seen on the map, the main cluster of houses was located in the area between present day Stella Maris and Water World. Of note, at that time, was that the majority of the houses at the East End of the Strand Line were not set as they are now. The houses were at right angle to the beach. The streets on which those houses were built, are now the lane ways running to the Strand Line. The houses were knocked as part of a forcible ‘renewal’ project instigated by the Marquis of Coyngham in the early 1860s and when being re-built, tradition has it, that it was considered a bad omen to build houses over the ruins so instead they were built along the Strand Line in the position they are now in. This project also led to the development of the Market Square. By 1842, on the stretch from the Strand Hotel to the end of the Strand Line where the Thomond Hotel stood, there were 10 houses known as York Terrace but with no road frontage but rather a beach for a street. The sea wall and embankment were built between 1846 and the 1860s.

What is clear from the 1840 and 1842 maps is that the shape and layout of the town has changed little in the intervening two centuries. The current O’Connell St., Grattan St., O’ Curry St., Kilrush Road, Dunlickey Road, Carrigaholt Road, Milltown Road are all clearly delineated on the maps. Also noteworthy is that the Catholic church built in 1831 is located in a field with no obvious road access, while the Church of Ireland National School features but not its Catholic counterpart as it didn’t open until 1845. Current streets and roads such as Mt. Charles Terrace, Circular Road, Railway Road, Corry Lane and the Strand Line did not exist at the time of these maps. However, Griffith’s Valuation of 1855 names Mt. Charles Terrace and Railway View which later became Railway Road. Thus, the location of the railway station was earmarked almost forty years before the eventual arrival of the first train in August 1892 belonging to the South Clare railway, an extension of the West Clare line. Percy French may have been even more accurate in his famous satirical depiction of the railway than he knew!

Hogan’s Directory of 1842 showed that the town by then had two hundred and thirty houses/premises, including a Post Office, two churches, a school, an hotel and twenty-four lodging houses. Francis St. was the main commercial street of the town with no fewer than twenty-six businesses varying from butchers, bakers, shoemakers, public houses, lodging houses, hotels and jaunting car businesses. The next most important street was Temperance Road, now O’Connell St. It contained, inter alia, eight lodging houses, butchers, bakers, nailers, tailors, shoemakers, grocery and spirit shops. 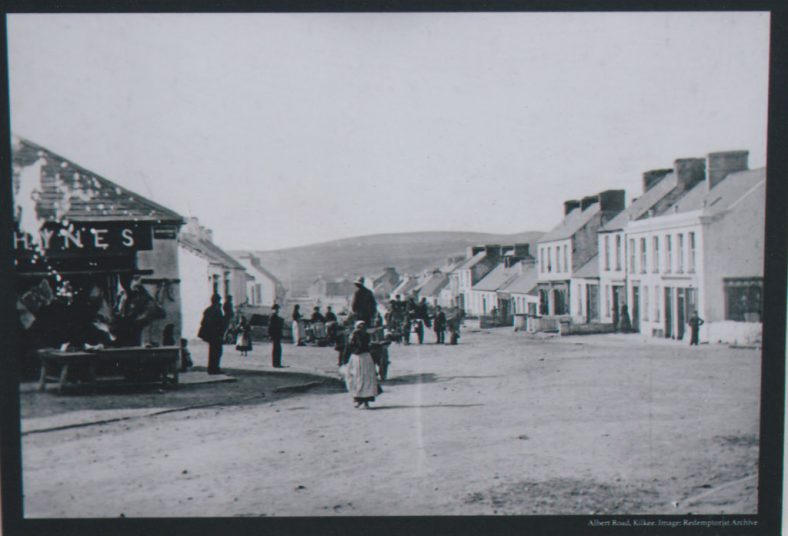 Albert Road, now O’Curry St., had only three buildings on its west side and twenty-two on the east side, all bar three of which were private residences. Erin St. consisted of fifteen buildings, including a Police Station, hairdressers and five lodging houses, running from Coleman’s corner at the Francis Street end to where Halpin’s Hotel stood.

An 1858 map drawn by D. Edward Heffernan, Civil Engineer, Dublin, showed that houses on the West End were then extending back to Westcliff, while new streets such as Geraldine Place, Strand View, Chapel Street and Corry Lane had come into existence and Temperance Road had been re-named as Queen Street.

Hogan’s Directory of 1863 listed fifty premises on Queen Street from which in almost all cases, commercial activity was practised. The businesses included five victuallers, four grocers, four shoemakers and three bakers. Whereas by contrast of the forty-eight buildings on Albert Road, thirty-four were private residences. Francis Street consisted of twenty-nine houses/premises of which eighteen were businesses.

By 1880, Bassett’s Directory indicated that there were eight hotels. These were the Atlantic View and Railway Hotels on Queen Street, Moore’s on Wellington Square, Blundell’s on Victoria Terrace, Keane’s on the Strand Line, O’Gorman’s at the Esplanade, Sampey’s on Francis Street and the West End Hotel. There were twenty-four grocers or spirit dealers, six bakers, seven victuallers and five shoemakers, mostly on Francis St. (13), Albert Road (16) and Market Square (6).

Regarding the town’s street and place names, these were clearly influenced by a number of factors, the main ones being the landlords, geography, the location of a significant building and politics. Looking at each in turn:

Landlords: McDonnell, Mount Charles (originally Danesfort Place) and Coyngham Terraces as well as the Coyngham Arms Hotel reflect the connection to the two main landlords in the town, the McDonnells and the Marquis of Conyngham. The McDonnell’s were originally from Co. Antrim but through marriage developed a Clare connection, having their seat at Newhall, Ennis. They also came to own Kilkee Castle which was situated in what is now called the Castle Field on the Dunlickey Road. The Marquess of Coyngham’s family were of Scottish origin, acquiring lands through the plantation of Ulster and ending up with large estates in Donegal, Meath and Clare. The 8th Marquess of Conyngham is better known as Lord Henry Mountcharles of Slane Castle.

Politics: As the town’s initial development predominantly occurred during the reign of Queen Victoria many of the place and street names demonstrate associations to the monarchy. Victoria Terrace, Albert Road, Albert Place, Queen Street, Wellington Square all clearly reflect the connection to the Crown and the English Establishment. However, as the political landscape’s hue changed to a more Gaelic and nationalist colouring, many of these street names were similarly altered. Albert Road became O’Curry Street, Queen Street became O’Connell Street, York Terrace became the Strand Line and Francis Street became Grattan Street.

Over the two centuries of the town’s existence, as we have seen above, some street names were altered to reflect shifting societal and political allegiances, however, some other names either fell into disuse or were changed to reflect more contemporary taste. A list of some of these and their location is given below.

Table 1 below outlines the street names listed in various publications and tracks any name changes over a seventy-year period from the mid-1800s. 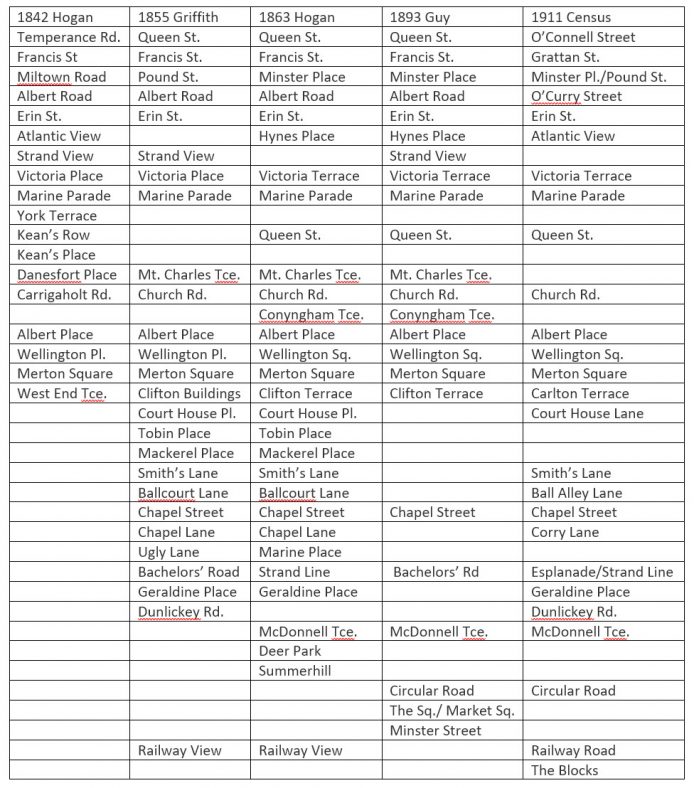 Table 2 below shows the population and building trends in the town over the past two centuries. Of particular note is that while the population is identical to a hundred and ninety years ago, the number of dwellings has increased tenfold in the same period.

Bassett’s County Directory 1880.
Central Statistics Office 2011 Census
Clare archives From Ireland -net.
Griffith’s Valuation 1855.
Guy’s Directory of Munster 1893.
Hogan’s Directories of 1842 and 1863.
Hogan’s Map of Kilkee 1842.
National Archives Ireland, 1911 Census.
1800 Map of Kilkee Area taken from a Map of the Bogs in the West Part of the County of Clare.