The Foundation of O'Curry College 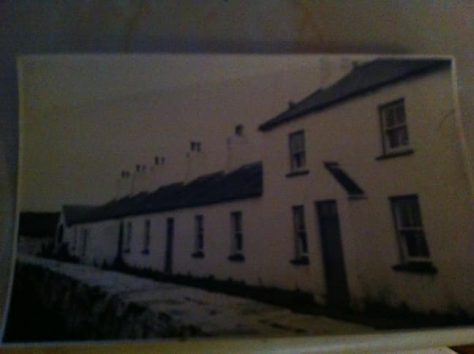 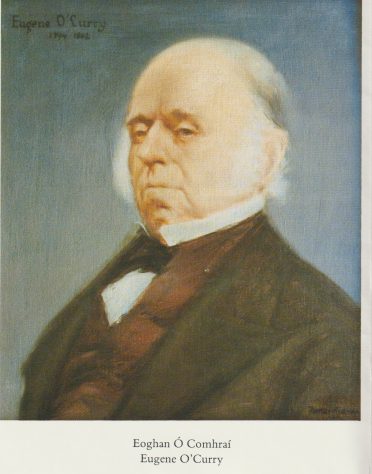 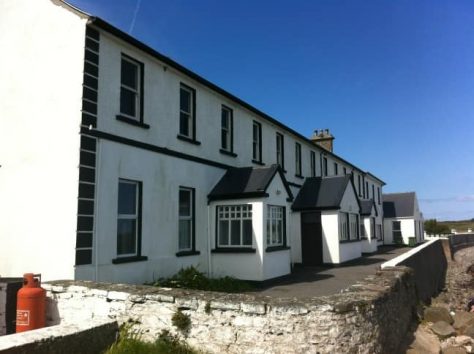 The Foundation of O’ Curry College

In 1911, the year before the foundation of the Irish college, census figures show that there were approximately 36, 704 native speakers left in Co. Clare and most of them living in the west of the county; Loop Head, Kilbaha, Cross, and Carrigaholt, where 90% of the population spoke Irish (Ó, Torna, 2005: 33). Undoubtedly, these demographics contributed to Neilí’s decision in establishing an Irish college in west Clare.

At an outdoor meeting in Killaloe on the 15th of October 1911, Neilí outlined her vision to the crowd:

‘I should like to make a suggestion which might perhaps be taken up by the Gaels of Clare and Limerick. It is that some spot in the Gaeltacht, some small portion of the really Irish speaking districts still remaining to us, should be definitely taken over by the Gaelic League branches within reach of it, in the sense that they should concentrate their efforts on it and make it an oasis of Gaelic influence. You all know what the Irish Colleges have done. They are the greatest development of the League in recent years, and even the most prejudiced visitor to one of them cannot fail to be struck by the spirit they radiate in the country around. We want more of that sort of work’. (Clare Champion, 1911.)

According to letters Neilí wrote to both The Clare Champion and The Limerick Leader, it was her strong belief that a summer college was needed in north Munster. Not only that, but, as previously mentioned, her mind was focused on Carrigaholt. On the 28th of November 1911, at a public meeting in Kilkee, Neilí officially began her campaign to establish an Irish College in Carrigaholt.  Present at that meeting were the following people: Rev. Alfred Maloney, C.C, Miss G.L Griffin, Rev. Canon Blood-Smyth, Rev. T. Vaughan, P.P., Bealaha, Mr. William Doherty, chairperson of the Town Council, Mr. T Falvey, T.C., Mr. Joseph Kett, Mr. B. Hennessy, Mr. W. Kett, Mr. John Corry, and Mr. P. Keane (Seoighe, 1995: 102).

At the meeting, Neilí mentioned that there was a coastguard station for sale in Carrigaholt and she had arranged that it be bought for the purpose of a summer Irish College. She also mentioned that ‘the owner, Mr. Burton was very fair to them’(ibid.). Neilí campaigned tirelessly for the college by organising meetings and fundraising events all over the country. She also paid special tribute ‘to the fellowship of the Gaelic League in transforming an idea in the reality of an Irish summer school for Thomand’ (Murphy in Fitzgerald, K. et al., 2019).

Work on the college began immediately in the hope that courses would run during the summer of 1912:

When I went to the college, I found Miss Nellie O Brien of Foynes (the granddaughter of William Smith O Brien) in the midst of the workmen and working women. Some were painting, some were doing carpentry, some were sewing, and some were cleaning and brightening the house. All around in every direction were… articles of furniture and household utensils… Miss O Brien has left her beautiful home at Foynes- the home of her aunt, the distinguished convert, Miss Charlotte O Brien- to come and direct operations for two months at the O Curry College. She bade me welcome in ringing Irish. ‘I should have been at the Oireachtas’ she said, ‘but how could I leave this place?’ As I was anxious to meet some good native speaker, I asked Miss O Brien to be good enough to direct me to one. ‘Is dóigh liom’, she answered, ‘go bhfuil an Ghaeilge acu go léir.’ And so it was. I found very few around the place who did not know the language (Limerick Leader, 1912)

The textbooks recommended for the courses in O’ Curry College were, Séadna, An Gioblachán, Aids to Irish Composition, Strachan’s Stories from the Táin, Old Irish Paradigms, Selections from Old Irish Glosses, Grammar of Old Irish (O Connell), Agricola (Tacitus), Decursus Primus- A First Latin Grammar (Seoighe, 1995: 109). The first course began on the 8th of July 1912 and ended on the 3rd of August. The second course ran from the 5th of August to the 31st.

Neilí was ever mindful of aesthetics and she invited her friend, the famous artist, Cesca Trench (Sadhbh Trinseach) to paint frescos on the walls of the college hall:

The use of symbolic images of her friends on the old wall of the Carrigaholt coastguard station expressed her personal notion of a neo-Celtic civilization, and the second theme of the murals, the tableau of pageant characters, identified this new civilization’s roots in heroic history (Pyle, 2005: 242-3).

In another fresco, those who were involved in the college are portrayed. Among them are, ‘Claude Chevasse, Lennos Robinson, Ella Young, Brian Ó hUiginn his family, and Eoghan Ó hAonghusa’ (Seoighe, 1995: 111).

In 1914, Neilí O’ Brian’s reign in the college came to an end. ‘Having founded Coláiste Uí Chomhraidhe and seen it through its first years, Neilí was confident about leaving it and taking on another task for the Gaelic League’ (Murphy in Fitzgerald, K. et al., 2019).

By 2014 the summer school was closed due to dropping numbers of students , a general decline in the standard of the building and flooding.

It was decieded that a new vision for the building was required and a committee was formed to begin the process.