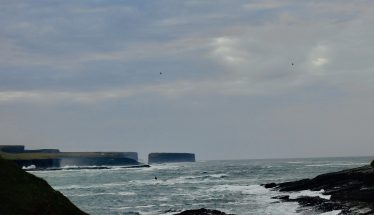 Bishop’s Island lies around two miles south west of Kilkee opposite the town land of Fuathach. It is a unique sea stack that was separated from the mainland some time in the last thousand years. A sea stack is a geological landform consisting of a steep ,often vertical column of rock in the sea near the coast. At some point in the last thousand years Bishop’s Island was connected to the mainland. The constant battering and erosion caused 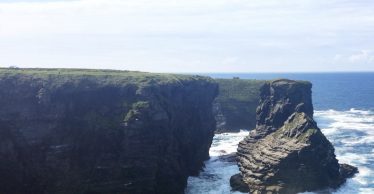 by the sea weakened cracks in the headland ,causing them to collapse forming the free-standing sea stack. It measures 180m x 90m and is 65meters high. 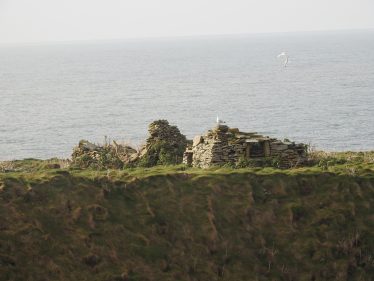 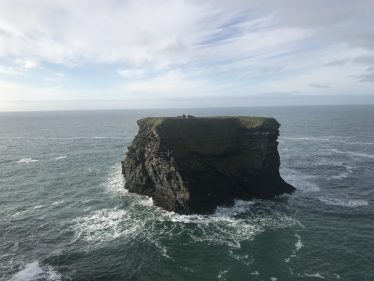