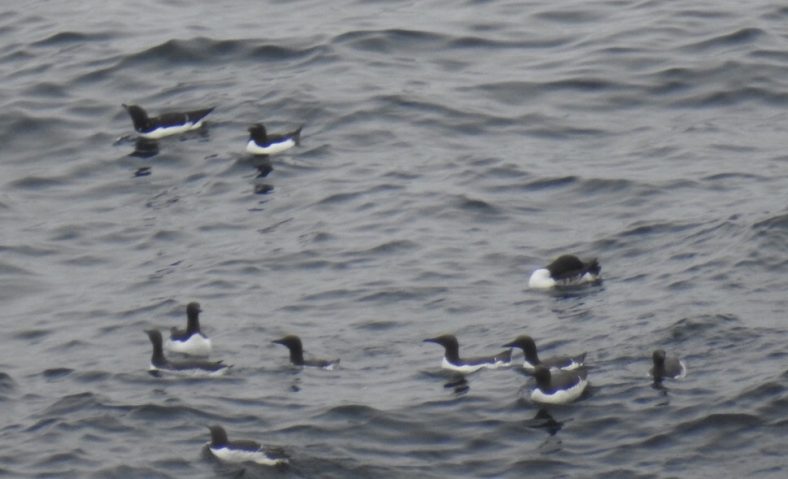 They are the commonest species of Auk in Ireland and are only found on land in the breeding season. A dark brown and white seabird, brown above and white below with a distinct breeding plumage. In the breeding season head and neck are completely dark brown ,in the winter white on front of the neck and face. They are easily confused with the Razorbill however the Guillemot has a longer body ,browner upper parts with less white on the side of the body and a lighter bill.

Comes ashore to nest from May onwards ,colonies deserted by the first week in August.Nests on cliff ledges ,often in large colonies, defends the smallest nest territory, sometimes only 5cm square.Restricted to cliffs with suitable ledges. Lays eggs directly on rock.
They winter at sea. Some Irish birds are believed to winter near their breeding sites.

Winters at sea . Some Irish Birds are believed to winter near their breeding sites.