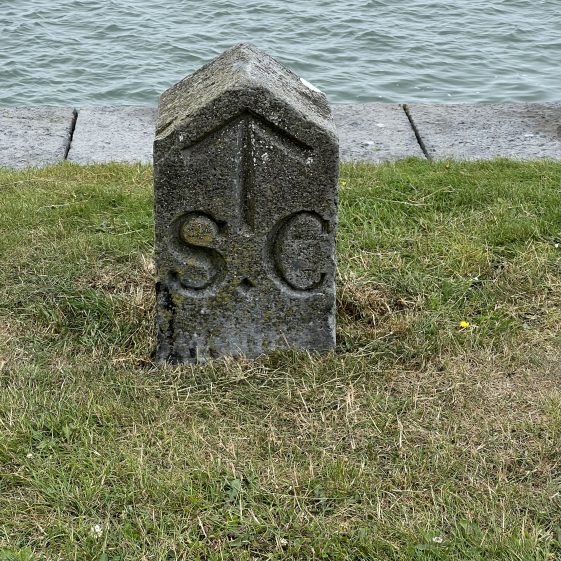 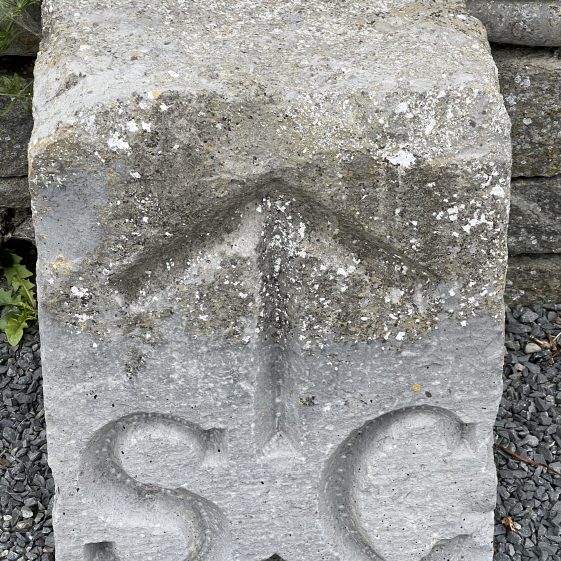 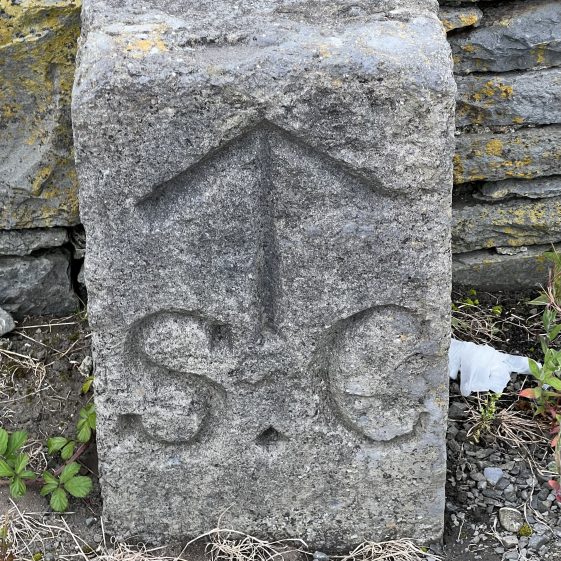 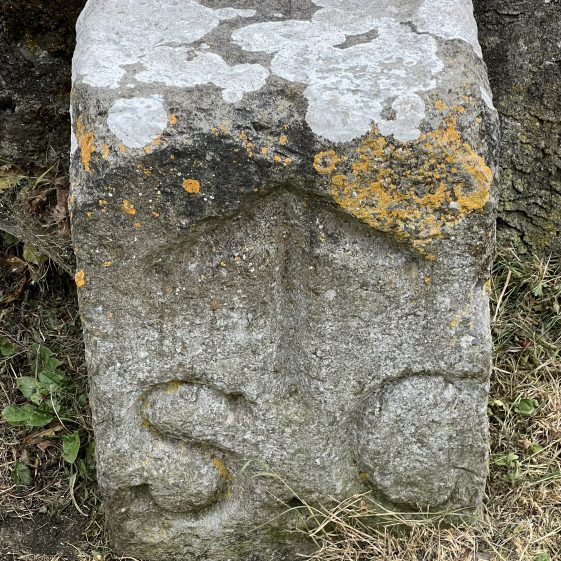 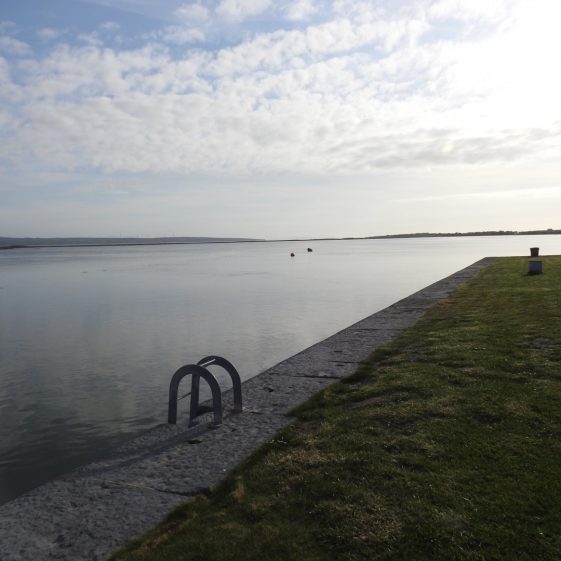 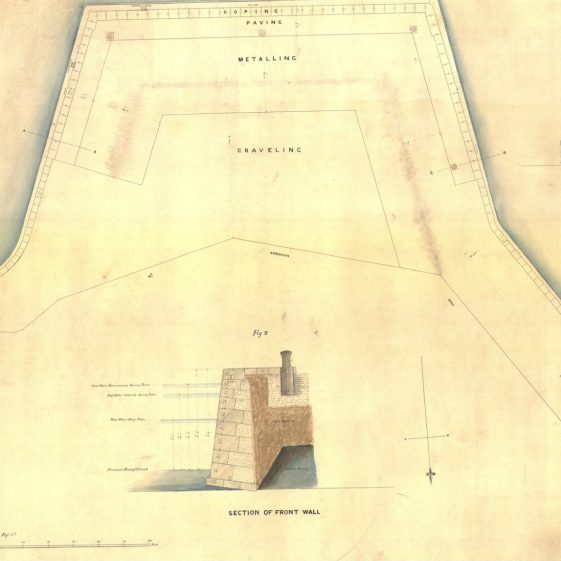 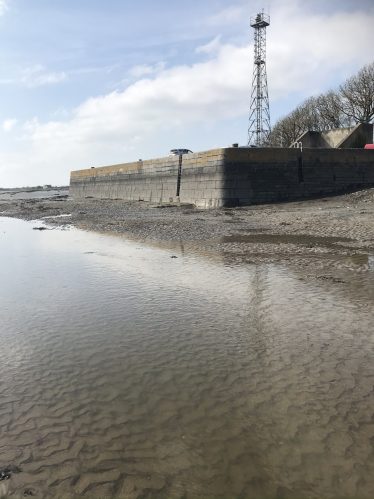 The piers were built as the fishing indutry was a very successful enterprise.The river Shannon was full of fish and the part of the estuary just off Querrin is about 4 miles wide and 10 miles long and is almost a lake. From the land of Querrin 80 canoes fished. Each of those was manned by 3 men – 240. It had 14 fishing boats carrying sail, with 4 men each – 56 men. 3 turf boats with crews of 3 men – 9 total equals 305 men. The men were almost “amphibious”, half farmers, half sea men. A good deal of money was made from fish and splendid food was secured. They were past masters of the art of curing fish. Even up to the 1960s and maybe longer in Kilkee the Western farmers fished and cured mackerel for sale. They sold them in spring. The colour was golden and the flesh hard. Now it is done no more. I have seen Randal Counihan cure mackerel  using the old traditional skills of hang-smoking in a very authentic oil barrel made to act like a smoke house burning the traditional wood and the smoked mackerel were delicious.

The tithes were collected from the fishermen when they came ashore in the mornings. One tenth of their catch was claimed and taken by the Protestant minister. A local story tells of one such minister called Whitty. This Whitty resided at Kilrush. He came with his men who had horse and cars with creels to take away the fish. That went on for some time until one morning a man named O’Connell said Whitty would get no fish that day. O’Connell was a powerful man and so was Whitty who also had the mighty British laws behind him. The landing place for canoes was a sandy creek; the bows of the canvas boats would rest on the beach.  Apparently there was an argument and they caught holds and wrestled. O’Connell knocked Whitty whose head fell towards the water. O’Connell kept his head under water and would have drowned him only for the intervention of the other fishermen. Wonder was he a descendent of Michel O’Connell our resident historian ! Whitty went home and never came or sent for fish again.

The fishing has gone long ago; the fishermen have dwindled to a couple of men who fish for salmon and a very odd time other fish. The last of the local salmon fishermen was Martin McMahon and he has just recently hung up his boots due to the onerous regulations. All along the northern side of the peninsula from Loophead to Moveen the farmers fished for mackerel and cured the surplus for sale. That has all gone. At Carrigaholt there were three turf boats carrying turf and farm produce to Limerick. They are gone.Fifty years ago there were three fishing sailing boats operating from Carrigholt,they are gone and not replaced. 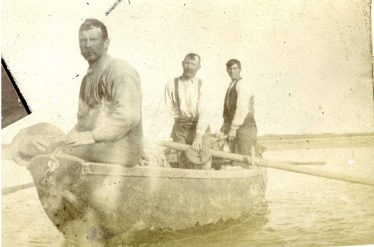 Fishermen in currach at Querrin 1908.Photo curtesy of Robert Brown

The turf boats were used to bring turf to the city of Limerick as late as 1929-1933. They also brought corn and butter to be sold in the city. The owners accompanied the goods on the boats.In the last century little meat was eaten except bacon. In early 1900s  eggs were bought at Id per dozen. The districts were called plough lands.
The herrings were another great industry and the ones caught in Querrin were known for their delicious taste.  They are generally small but very nice to eat They are and were noted for their quality. They were stored in barrels after been cleaned and layer upon layer was laid down with salt. They were then exported .The local fishermen cured their own herring and they hung from the roofs  on string. I remember seeing them and eating them in the 1950s/60s .As and when a herring was needed it was pulled off the string leaving the head behind. The herring was then steeped in water overnight to get rid of some of the salt before been eaten. Herrings are still caught with a net a few times of the year to keep the tradition going.  When men fished herrings from their curraghs they cooked suppers of them at sea by roasting over turf fires as they sometimes stayed out overnight to get a good catch. They brought a small pot with embers of turf ready to use when needed. The herring was a great form of food and helped built a layer of fat on these hardy men. The sail fishing boats went into the Atlantic and fished along the coast. Doonbeg bay was a rendezvous for the fleet. The large and coarse fish were caught in large quantities and sold at good prices. This industry added to the wealth of the land and make them prosperous. 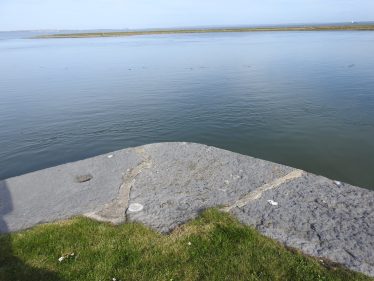 The sons were all trained to row boats, and so were all the men of Querrin. Agriculture was limited to growing corn, potatoes, cabbage for home use and wheat for sale. They grew flax for personal clothing, sheets, ticks, bolsters and table cloths. The men wore bandied cloth (coarse linen) shirts declared by Dr. Knipe the great German priest doctor to the best under clothing in the world. Being coarse it warmed the skin by friction and was highly also bent. A fine linen front was fitted in the front and neck for Sunday wear. The other garments were of wool except corduroy breeches. Bainins, a sleeve waist-coat with sleeves of flannel, a flannel back and lining. Several bainins were worn, a frieze body coat covered that, flannel drawers, long stocking of grey wool and knee britches. Cloigini or low shoes’ with only one eye hole at each side, a tall hat topped it all. The coat was cutaway style dressed with a white shirt, with gladstone collars and a black silk scarf. He was the best dressed man in Europe then or now. When travelling a heavy frieze overcoat was worn and generally lined with flannel. A days rain would not penetrate it. It would take a giant to carry it when wet. For riding the coat was split high up, like the coats Guinness’s dray men used to wear. Imagine one of these men walking back in the day , a king in his cutaway with two brass buttons at back, a relic of the sword belt days, knee breeches with three brass buttons on each leg outside and bow of brawn ribbon, accompanied by his blackthorn. 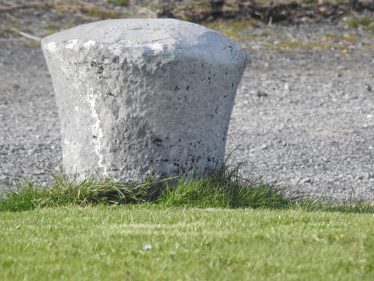 They hurled and played their matches on Querrin Head, a strip of sandy land half a mile long or so between the Shannon and a Creek. They used to cross the Shannon to hurl the Kerryman on Beale Strand at other side of estuary. They tell a story of a man from Querrin, one James Haugh (Seamas Poch Anairde). At a contest once on Beale strand he stuck his heel in the sand and struck the ball nine times in the air before it struck the ground.”
In Querrin their winter amusements were dancing and fencing. Kerrymen came across to teach those arts. The crowd went to each house in turn. They held contests in stories, legends, history, and poetry etc. The Kerry visitors were all considered well up and it would take a smart fellow to put one down, or even hold his own with them. Up to the Famine it was a thriving district. They had their own sailing boats built at Querrin. Nets were homemade from flax and hemp thread grown and made from home grown flax and hemp and woven at home.After the famine only a few fishermen survived in the Querrin area and with the last of the salmon fishermen now gone 2020 sees none left at all.