You are here: HomenextPlacesnextPoulnasherry Ferry Disaster 1849. 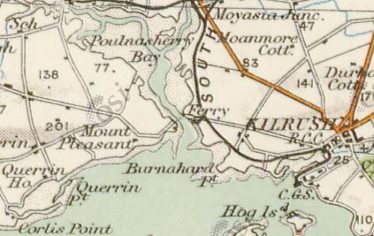 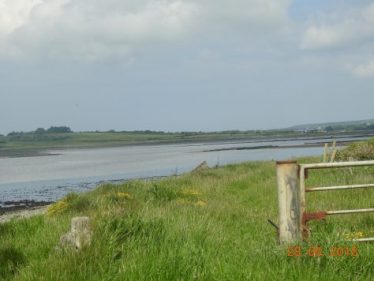 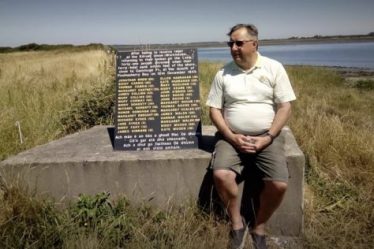 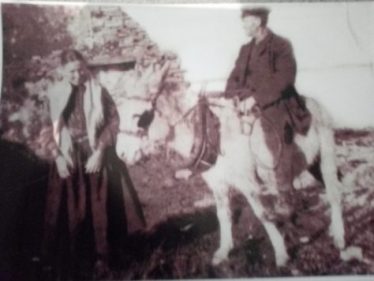 Between Cammoge on the west side and Carnacalla on the Kilrush side, a ferry operated across the mouth of Poulnasherry Bay in the 1800s, saving a four mile walk around the Bay. There was a landing site on the Carnacalla side which is not obvious now. The rights were held by the Cox Family of Mountpleasant Demesne.  In the mid-1800s, they  employed a ferryman named Brew to operate the service.

On the evening of the 12th of December 1849, the ferry was making a crossing, carrying a large number of people who were starving due to the Famine. They had come from the Western Parishes and had gone to Kilrush to seek refuge in the workhouse earlier that day. Unfortunately they were turned away and on the return journey, disaster struck and the ferry sank in Poulnasherry Bay.

Forty-one people died.  Two boatmen and a mother with her child were rescued by a boat belonging to Benjamin Cox J.P. Thirty-five bodies were recovered and laid out on the beach. The blame was laid on the boatman, Brew. The Clare Journal accused him of overloading the boat.

It is said that most of the victims were buried at Kilnagallaigh graveyard, however only one burial is marked with a memorial stone. The inscription reads:

“Erected by Patrick O’Brien in memory of his beloved son John who was drowned at the ferry Dec 12th 1849 aged 24 years. May he R.I.R. Amen”

Yes, you spotted the mistake – it should have been R.I.P. which makes this gravestone a curiosity.

There was no memorial to the other victims, until 2015 when a monument with their names was erected at the site of the disaster in Cammoge during the 175th anniversary commemorations of the Famine.

Built in 1700 for the use of the ferryman, a section still exists and was cleared of trees, ivy and scrub  to commemorate the 175th Anniversary of the Famine.  However nature has taken over it again. The Brew family lived here when the  Ferry Disaster of 1849 took place. Blame for the disaster was put on the shoulders of Brew the ferryman. The last family to live here were Martin Conway, the ferryman and his wife Margaret. They had no issue. The ferry stopped in the late 1920s and the house was abandoned and left to deteriorate when the Conways left in early 1930s.