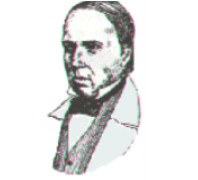 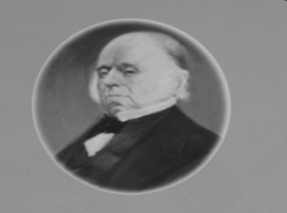 Eugene O’Curry was a very well-known historian, folklorist and archaeologist in his day. He was born in the village of Doonaha, outside Kilkee, in 1794. He had little formal education but his father was known locally as a ‘scholar’ and Eugene took after him.

This was an Irish speaking area but Eugene recounts that he used to visit Kilkee in summertime to learn English from the visitors. He got a job in the Limerick Lunatic Asylum, as it was then called. While there he studied Irish manuscripts and Old Irish and became an expert in this field. In 1835 he joined the staff of the Ordnance Survey in Dublin and his reports to head office called Letters are a vital source of information on life in Ireland at the time and the archaeological remains in the differing localities.

He also worked for the Royal Irish Academy and the Library of Trinity College transcribing and cataloguing Irish manuscripts. He worked closely with his co-scholar John O’Donovan and their names are joined in any discussion on Irish manuscripts. In 1854 O’Curry was appointed Professor of Archaeology and Irish History in the newly-opened Catholic University. Eugene O’Curry died in Dublin in July 1862. The main street in Kilkee, O’Curry Street, is named in his honour.

A more comprehensive article on OCurry by Dr Kevin Haugh.

On 30th July, 1862 Eugene O’Curry the Doonaha born scholar died unexpectedly in Dublin.
Among his most distinguished works are the cataloguing of the Royal Irish Academy’s collection of manuscripts. He also catalogued Irish manuscripts held in British repositories, especially those in the British Museum, where he is credited with unearthing the Tripartite Life of Saint Patrick, thought long lost until then.
In 1835 he joined the staff of the Ordnance Survey in Dublin, where he remained until the topographical staff was completely dispersed in 1842.
The 1842 Ordinance Survey Map shows a small settlement or village called Mooghaun on the byroad called the Bóthar Uaigneach (Lonely Road), off the L2006. The byroad runs in a banana shape between Walshe’s Cross west of Doonaha Village on the L2006 and Quinlan’s Turn (Lisheencrony) on the L2006 . There is only one house currently 2018 in Moohaun, Lisheencrona.
He was involved in the founding of both the Irish Archaeological Society (1840) and the Celtic Society (1845). Among his greatest works is the translation of the Brehon Laws, from which the Brehon Law Commission was established in 1852. Later his works included translations of The Battle of Magh Lena, The Táin Bó, The Vision of Adam, The Origin and History of the Boromean Tribute, The Book of Invasions, The Vision of MacCoinglinne and the Festology of Aengus.
In 1853 Eugene O’Curry became a member of the Royal Irish Academy and in 1854 he was appointed the first Professor of Archaeology and Irish History in the Catholic University of Ireland. He resented the English occupation of Ireland and at the laying of the foundation stone of the Royal University of Ireland, he refused to stand up and drink to the Queen’s Health, declaring “My country is my Queen.”
He published a collection of his lectures entitled Lectures on the Manuscript Materials of Ancient Irish History in 1861. A second collection of lectures entitled Manners and Customs of the Ancient Irish appeared after his death.
Eugene O’Curry is buried in Glasnevin Cemetery in Dublin. There is a monument to his memory in Doonaha at the place where he was born about four hundred meters north of Hoare’s Cross on the left-hand side of the R487 Doonaha to Kilkee Road. The local Gaelic Athletic Association’s (GAA) Club is named O’Curry’s in his honour.