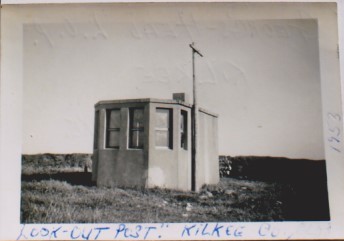 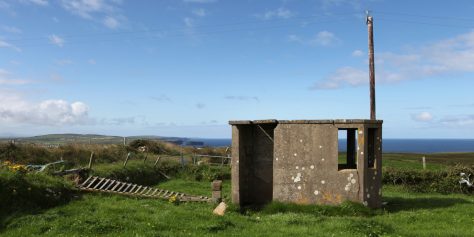 In the negotiations to end the Anglo-Irish Economic War in 1938 the the British Government agreed to hand over the Treaty Ports to the Irish Government (Cobh, Berehaven, Loch Swilly). This very valuable concession meant that Ireland could remain neutral during the second World War. The Irish side gave an undertaking that they would not allow Ireland to used to attack Britain from its western flank. The Irish Army negotiated with the Royal Navy on the best way of monitoring the Irish coast to prevent surprise attacks.  The Irish Army intended to open up coastguard stations similar to the ones which operated up to 1922 but the Roayl Navy (which was the world’s leading expert in coastal defence at that time) suggested that more modern technology should be used, a telephone! The agreement was for a static Coast Watch service in specially built concrete pillar box type structures and crucially fitted with telephones so that immediate notification could be given of any thing untoward in the vicinity. With the outbreak of the Second World War (euphemistically called ‘the emergency’) there were 83 of them built around the coast of Ireland each within line of sight of the one either side. They were designed by the OPW and custom built in a factory and then distributed by the Irish Army to the designated sites all over the country. They were manned by newly recruited men with local knowledge and also familiar with the patch of coast to where they were stationed. These local coast guards were accepted as army personnel and subject to the same conditions and discipline.

The one for Kilkee was designated to a George’s Head site but when it came to erection the site at Corbally Hill behind it was deemed more suitable but the military archives still call it the George’s Head post. As each post had to have line of sight to the post either side of it so in effect the whole coast was visible to the watchers. There was a telephone in each post and if anything unusual such as a ship or aeroplane passing the watcher on duty phoned his area HQ which if deemed important enough was passed on to army headquarters in Dublin. There are log books from every lookout post in the military archives in Cathal Brugha Barracks in Dublin. When the war was over the men were discharged and the posts were abandoned. The one in Kilkee is still in reasonably good condition although it is dangerous to go in because the roof isunstable. It is on private property sopemission should be sought to get close. However it is just inside the fence so it i not necessary to leave the public road.