Wreck of the Edmond 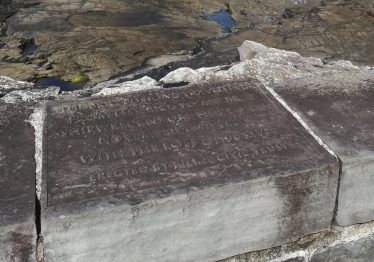 Monument to the wreck of the Edmond. Picture by Robert Brown.

This wreck happened in 1850 during the Famine. The passengers were all trying to escape to America to survive. During all of 1850 thousands of Irish were emigrating from Limerick and Clare . It also explains the actions of the local people to the salvage conditions. The tragedy would not have happened without the Famine.

The conditions which the people had to endure in many of the emigrant ships are well known and the mortality rate was high -though it does appear that quite a number of the ships with people from West Clare were particularly fortunate in this regard. However one of the greatest single tragedies associated with the exodus to America occurred when the Edmund was wrecked in Kilkee Bay on the night of the 19th to the 20th of November 1850 . Ninety eight of her passengers and crew perished in the disaster.

The Edmond was a London registered barque of 950 tons which had been chartered by Alderman John McDonnell of Limerick to bring a party of emigrants to New York. On the way down the Shannon it called into Carrigholt. Then on Monday, the 18th of November it left Carrigholt  at 8 am. When it was about 30 miles out to sea a terrific gale  arose carried away all its canvas. Helpless before the storm it was blown into Kilkee Bay and stuck on the Duggerna Reef. It was soon blown off that and , after the anchor had been lowered ,it came to rest against the rocks off Sykes ‘ House. The time was about 11:30 pm.

Richard Russell of Limerick who was staying in Sykes house   at the time, was the first on the scene, accompanied by one of  his servants. Describing what he saw he wrote :

“At first there was no appearance of any living person on board but as soon as we made our appearance there was one burst of horrid agony for assistance. I can never forget it -the sound will long continue fresh in my ear “

Russell sent his servant for the coastguards, who arrived  soon afterwards at the scene with an assistant. Meanwhile, the captain had ordered the weather rigging of the foremast to be cut and this provided a means by which passengers were enabled  to crawl from the ship to the shore. They were helped in this way by the five men on the rocks. About 100 reached safety in this manner but when the tide rose , it became absolutely impossible for those still remaining to get off the ship. Shortly afterwards , at about 3 am ,the ship broke in two. Several people now made a vain attempt to get to the rocks but failed and were drowned. Over 50 others were on the part of the wreck which drifted towards beach at the East End, but most of them were washed overboard before safety was reached. About those who survived this terrible journey with the members of the Crotty family who , it was said,were landed almost at their own doorstep. In all  98 people died and there were 119 survivors.

To add to the horror of the scene a number of local people, probably near death from starvation themselves, tried to get whatever plunder they could. An eyewitness wrote:

“Nothing could exceed the brutal, and, I regret to say, successful effort‘s of some people to plunder what ever they could lay their hands on. They actually stripped the clothes from the dead bodies, together with, of course, any money on them. All the clothes, beds and property were , in the most cool and heartless manner,carried off by those unfeeling wretches, and this done in the presence of those shipwrecked creatures, who in vain had to beg even there clothes to cover their half naked bodies “

Perhaps too harsh , a judgement, considering the circumstances of the plunderers. Another visitor described the scene on the following day:

“I saw lying side-by-side, on a sale spread on the beach, many of the poor drowned ones, most of them young women and children,others were washed ashore and  laid with those already there. All that was left of her ( the ship) were fragments scattered on the rocks and beach. “

30 of the dead were in a small yard before one of the lodges at the end of Marine Parade. These and the others were later buried in Kilfearagh graveyard. But for weeks later bodies were still been washed ashore.

Father Comyn had  played a prominent part in the rescue work and, later, the  Catholic priests of the parish were able to induce the  people to restore much of the plundered property. Nevertheless, in early December, a number of people were fined from £5 to £20 each for concealing property taken from the wreck, while some others got jail sentences.

Even Jonas Studdert , a prominent local magistrate, was brought to court on a similar charge. He however had two relatives on the bench and it was presided over by Colonel Vandelure and  he was of course acquitted on the grounds that the property had been brought to his yard without his knowledge. Richard Russell and the coastguards were awarded the silver metal of the Royal National Institution for the Preservation of Life from Shipwreck for the rescue work. 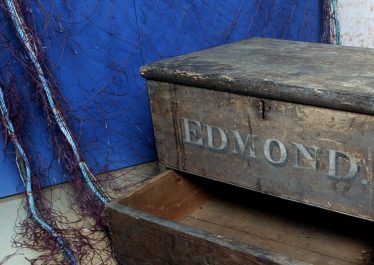